We are now able to process orders placed through our webstore at Level 4, though please allow for potential delays in delivery. Kia haumaru te noho! 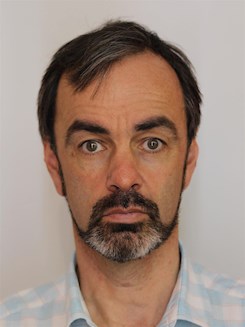 Adam Claasen is a senior lecturer in history at Massey University’s Albany campus. Adam’s teaching and research is focused on the New Zealand military experience, German history, the Second World War in Europe and the relationship between film and history. He has received a Smithsonian Institution Fellowship, was the Fulbright Visiting Lecturer in New Zealand Studies at Georgetown University, and has been presented with a Vice-Chancellor’s Award for Sustained Excellence in Teaching. His doctoral thesis was published as Hitler’s Northern War: the Luftwaffe’s Ill-fated Campaign, 1940-1945 (Kansas UP, 2001). More recently he has written on the part played by New Zealand and Australian airmen in the Battle of Britain: Dogfight: the Battle of Britain (Exisle, 2011). He has presented conference papers and published articles in scholarly journals on military intelligence, the Luftwaffe, general airpower and geo-strategy in war.