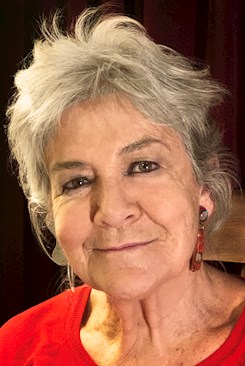 Barbara Ewing is a New Zealand-born actress, novelist and playwright. She completed a BA in New Zealand, majoring in English and Māori, and worked in the Department of Maori Affairs and as a Maori Vocational Guidance Officer. She went to London on a government-awarded bursary and was accepted into the Royal Academy of Dramatic Art. After graduating with the 1965 Gold Medal she went on to become a well-known television, film and stage actress. She has also written nine successful novels, and has been published in twelve languages. She regularly returns home to New Zealand.