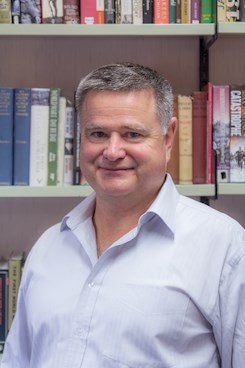 Glyn Harper is Professor of War Studies at Massey University in Palmerston North. Graduating with a master’s degree in modern history, and a diploma of teaching from the University of Canterbury, Glyn moved to Australia where he was a high school teacher for seven years. In 1988, Glyn joined the Australian Army and later completed his PhD on the New Zealand commander Sir Howard Kippenberger at the University of New England. In 1996, Glyn transferred to the New Zealand Army where, as commanding officer of the Military Studies Institute, he rose to the rank of Lieutenant Colonel. Glyn was the Army’s official historian for the deployment to East Timor and is the best-selling author of more than 20 books for adults. He is also an award-winning author of books for children and young people.

After retiring from the Army in 2001, Glyn joined Massey University. He was Director of the Centre for Defence and Security Studies for six years and was instrumental in establishing the Centenary History Programme. He was Massey’s Project Manager for the CHP and wrote two of its 14 volumes. In 2010, Glyn was a Fulbright Senior Scholar in the United States and in 2012 he was awarded a Queen’s Service Medal for services to historical research.