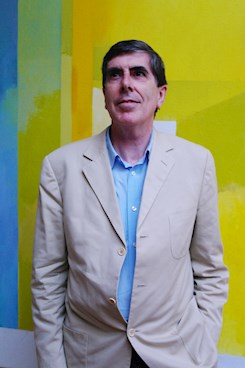 Keith Ovenden ONZM was born in London in 1943 and was educated at various universities in England and the United States. He taught Political Sociology at the universities of Essex and Canterbury until 1982, when he stepped aside to write full time. He first came to New Zealand with a visiting British universities debating team in 1966, returned as a post-doctoral fellow at Victoria University of Wellington in 1972, and has called New Zealand home since 1974. He was well known in the 1970s and 1980s for his radio and TV commentaries on politics and the media, and for reporting on the Rainbow Warrior affair. More recently he has served as a trustee and then chairman of the New Zealand Portrait Gallery. His other books include Apartheid and International Finance: A Program for Change (with Tony Cole); The Politics of Steel; A Fighting Withdrawal: The Life of Dan Davin: Writer, Soldier, Publisher; and the novels Ratatui, O.E., The Greatest Sorrow, and Quick Bright Things.