Due to our warehouse closing, all website sales are on hold until the end of the lockdown period. If you have any questions, please don't hesitate to email editorial@masseypress.ac.nz 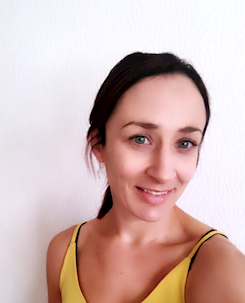 Dr Lana McCarthy is a lecturer in teacher education at Charles Sturt University. She completed her doctoral thesis, ‘Coaches, Captains and Constructing Culture: A Case Study of the Silver Ferns’, at Massey University in 2019. Lana has a background as a physical education and health teacher at Freyberg High School, a netball development officer at Netball Manawatū, a regional sport advisor at Sport Manawatū, and a senior tutor and assistant lecturer in physical education at Massey University.

Lana’s netball-playing career began as a young primary school student in Upper Hutt and then Masterton. She progressed throughout the Wairarapa representative teams, and was named in the Wellington Regional Talent Identification Squad in her final year of high school. The move to Palmerston North for university allowed her to play for the Manawatū Under 19 representative team and she has been a member of the Feilding A1 Club netball team for the past decade, playing in the Manawatū Premier 1 competition. During this time her attention turned to coaching and she is now a high performance netball coach. Recently she has coached the Palmerston North Girls’ High School Senior A1, the Manawatū U19 and U17 representative teams and the Central Zone Under 23 netball team, and she was selected for the ‘Pathway to Pulse’ high-performance programme.