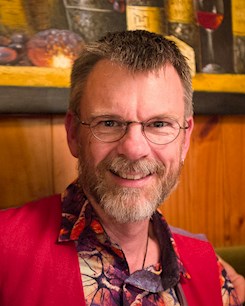 Mark Beehre initially trained as a specialist physician and worked for several years in medical practice before studying photography at the Elam School of Fine Arts in Auckland and Massey University in Wellington. He graduated with a BFA in 2004 and went on to complete an MFA in 2014. Mark’s work sits at the intersection of documentary, portraiture and social history and is concerned with questions of identity, belonging and the lifelong quest for intimacy. His photographs have been exhibited in New Zealand and overseas. A Queer Existence is in many ways a sequel to his earlier book, Men Alone — Men Together, which explored the lives and relationships of an older generation of gay men who grew up in the pre-Law Reform era.

Mark lives in Wellington with his partner Ross and a small collection of antique cameras and typewriters. On Friday evenings they have but a short walk down the hill to the Garage Project’s taproom on Aro Street. He shot most of the photographs in this book on a Rolleiflex 3.5F dating from the early 1970s.