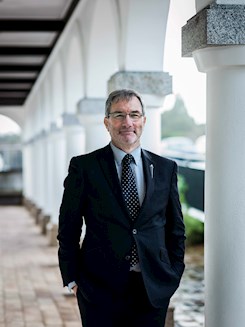 Distinguished Professor Paul Spoonley is one of New Zealand’s leading academics and a Fellow of the Royal Society Te Apārangi. He has led numerous externally funded research programmes, has written or edited 27 books and is a regular commentator in the news media. In 2010 he was a Fulbright Senior Scholar at the University of California, Berkeley, and in 2013, a Senior Visiting Fellow at the Max Planck Institute of Religious and Ethnic Diversity in Göttingen. He was awarded the Royal Society of New Zealand Science and Technology medal in 2009 in recognition of his academic scholarship, leadership and public contribution to cultural understanding and in 2011, his contribution to sociology was acknowledged with the Sociological Association of Aotearoa New Zealand Scholarship for Exceptional Service to New Zealand Sociology. He was made a fellow of the Auckland War Memorial Museum Tāmaki Paenga Hira in 2015.