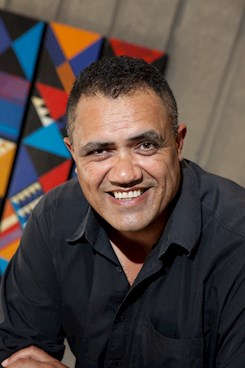 Rawiri Taonui (Te Hikutū and Ngāti Korokoro, Te Kapotai and Ngāti Paeahi, Ngāti Rora, Ngāti Whēru, Ngāti Te Taonui) is an independent writer, researcher and advisor. He was New Zealand’s first Professor of Indigenous Studies. Rawiri is a well-known political writer who has written over 400 newspaper and magazine articles and book chapters. He has won seven writing awards. Dr Taonui has presented at the UN Experts Mechanism on the Rights of Indigenous Peoples and the UN Permanent Forum on Indigenous Issues. He is a member of the Tribunal to Investigate Claims of Genocide in El Salvador.