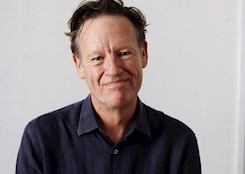 Simon Wilson is a writer for the New Zealand Herald and former editor of the Auckland section of online media company The Spinoff (thespinoff.co.nz). He is a former editor of Metro, Cuisine and Consumer magazines, and has also been chief subeditor for the New Zealand Listener and commissioning editor for book publisher AH & AW Reed. Simon was chair of the non-fiction judges panel at the Ockham New Zealand Book Awards in 2016. His novel The Age of Light was published in 1994, which he says is far too long ago. Simon has won many awards for his journalism, both as a writer and an editor, including two for the Canon (formerly Qantas) Magazine of the Year. He is the only editor to have achieved this feat with two different magazines (Metro and Cuisine).