We are continuing to experience some courier delays, especially within the Auckland region. We apologise for any inconvenience this may cause. While we aim to deliver orders within 3–5 days, we ask that you allow up to 10 days for your order to arrive.

between gesture and geometry 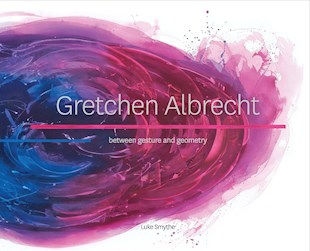 Gretchen Albrecht CNZM is one of New Zealand’s most influential painters. Over the course of her long career, her work has continued to surprise and delight, and her paintings feature in many important collections both in New Zealand and overseas. This comprehensive survey of her much-admired work reveals a painter steeped in art history, drawing freely from a range of sources to create vivid, intellectually persuasive and deeply affecting work, and determined to push her work in new directions. With a text by leading art writer Luke Smythe, plus a preface by art curator Mary Kisler, this magnificent book both interrogates Albrecht’s work and celebrates her accomplishments.

‘It’s a marvellous book, lushly illustrated, and Smythe’s text is lucid and informative ... This is a standout book showcasing the career of a standout artist.’ — Andrew Paul Wood, EyeContact

‘Everyone knows what they think an Albrecht is, usually, a variation on the theme of a hemisphere in two differently coloured halves, or “ovals with bars”. A book such as this allows us not only to see the other paths she has pursued, but also to marvel at the creativity that has managed to find such variety of expression within the confines she has set for herself.’ — Paul Little, North & South

‘The book is illustrated with 240 images, which by themselves are a visual treat, providing a sense of the evolving nature of the artist's work as it has built, developed and transformed. These illustrations also make one very aware of the artist’s great sense of colour, which she uses as a means of subtly exploring the boundary between chaos and control. Smythe’s text is clear and perceptive combining aspects of the artist’s life, the influence on her work and the evolving emotional and intellectual approach of the artist.’ — John Daly-Peoples, National Business Review

‘Smythe writes intelligently and lucidly throughout, but it is in the later chapters that he really comes into his own as an insightful and astute interpreter of Albrecht’s work. ’ — Priscilla Pitts, Art New Zealand

Dr Luke Smythe is a lecturer in art history, art theory and curatorship in the Faculty of Art, Design and Architecture at Monash University, Melbourne.