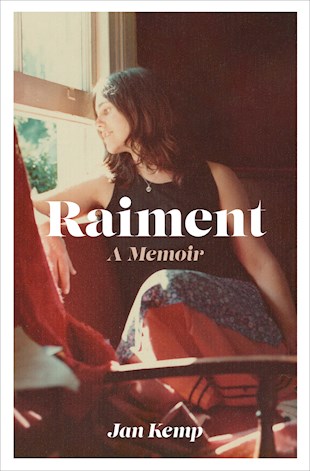 The engaging memoir of a pioneering seventies woman poet

Pioneering New Zealand poet Jan Kemp’s memoir of her first 25 years is a vivid and frank account of growing up in the 1950s, and of university life in the late 1960s and early 1970s. It tracks from an innocent Waikato childhood
to the seedy flats of Auckland, where anarchic student life, drugs, sexual experimentation and a failing marriage could not keep her away from poetry. She became one of the few young women poets of her era to be allowed into the then male poet club.

Weaving its own patterns and colours, Raiment shines a clear-eyed light on the heady, hedonistic hothouse of our literary community in the 1970s and reveals what it took, back then, to be an independent woman.

‘A young life lived in thrall to love and language’ — Steve Braunias, Newsroom

‘It brings the reader right next door to you’ — Morrin Rout, Bookenz

‘An important testament to the history of New Zealand literature’ — Cathie Dunsford, Newsroom

Jan Kemp MNZM is a poet and short fiction writer.