The destruction of Charles Mackay 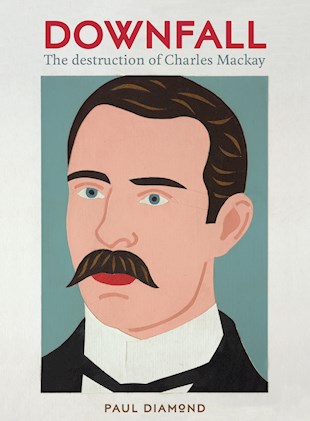 An important new history considered through a queer lens

In 1920 New Zealanders were shocked by the news that the brilliant, well-connected mayor of Whanganui had shot a young gay poet, D'Arcy Cresswell, who was blackmailing him. They were then riveted by the trial that followed.

Mackay was sentenced to hard labour and later left the country, only to be shot by a police sniper during street unrest in Berlin during the rise of the Nazis.

Mackay had married into Whanganui high society, and the story has long been the town’s dark secret. The outcome of years of digging by historian Paul Diamond, Downfall: The destruction of Charles Mackay shines a clear light on the vengeful impulses behind the blackmail and Mackay’s ruination.

The cast of this tale includes the Prince of Wales, the president of the RSA, Sir Robert Stout, Blanche Baughan . . . even Lady Ottoline Morrell. But it is much more than an extraordinary story of scandal. At its heart, the Mackay affair reveals the perilous existence of homosexual men at that time and how society conspired to control and punish them.