The Fate of the Land Ko ngā Ākinga a ngā Rangatira 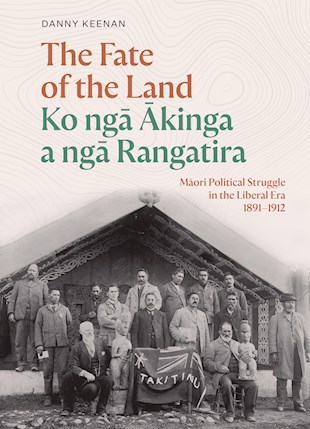 The battle for Māori land and livelihoods

In the second half of the nineteenth century, settlers poured into Aotearoa demanding land. Millions of acres were acquired by the government or directly by settlers; or confiscated after the Land Wars.

By 1891, when the Liberal government came to power, Māori retained only a fraction of their lands. And still the losses continued. For rangatira such as James Carroll, Wiremu Pere, Pāora Tūhaere, Te Keepa Te Rangihiwinui, and many others, the challenges were innumerable. To stop further land loss, some rangatira saw parliamentary process as the mechanism; others pursued political independence.

For over two decades, Māori men and women of outstanding ability fought hard to protect their people and their land. How those rangatira fared, and how they should be remembered, is the story of Māori political struggle during the Liberal era.

Danny Keenan (Ngāti Te Whiti ki Te Ātiawa) completed a PhD in history at Massey University in 1994 and became a senior lecturer there in 2004.