The South Island of New Zealand From the Road 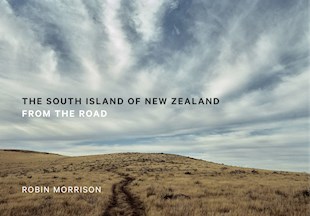 The return of a legendary New Zealand book

In 1979 the photographer Robin Morrison and his family spent seven months on the road in the South Island, where Morrison photographed people and places. The resulting book was published in 1981 by Alister Taylor and became an overnight success — and the first photographic book to win a New Zealand Book Award (now the Ockham New Zealand Book Awards) for non-fiction, in 1982. Alas, conflict between Taylor and the printer, and the later loss of some images, meant it was never reprinted once it had sold out. It now has near legendary status and sells for hundreds of dollars in the used-book market.

Now this groundbreaking book is back in a new edition. Morrison’s original Kodachrome slides have been digitised using the latest technology, and his friend and fellow journalist Louise Callan has written a major essay on the book and its legacy, including assessments and recollections by Robin White, Laurence Aberhart, Grahame Sydney, Owen Marshall, Ron Brownson, Dick Frizzell, Alistair Guthrie and Sara McIntyre.