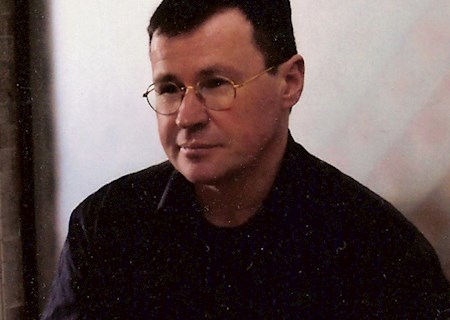 1. Now that it’s published, what pleases you most about Poetry New Zealand Yearbook 2017?

I think the thing I like best about it is the number of younger contributors we’ve managed to include. My wife Bronwyn was leafing through it the other day and suddenly burst out: ‘These kids are putting us all to shame!’ That’s about right, I think. It’s not that I’ve relaxed any of my editorial standards to ease them in over the bar — on the contrary, there seem to be a lot of younger writers out there (most of whom I’d never even heard of before), who are writing hard-hitting, honest, beautiful poems. Long may the trend continue! I think some of it may be due to the fact that we now allow — or, rather, encourage — email submissions. You have to be pretty organised (as well as pretty determined) to keep on sending out those typed submissions, complete with stamped self-addressed envelopes, week after week, month after month, the way we used to do . . .

2. It’s edition #51. That’s a lot of years. What's been the Yearbook's contribution to New Zealand poetry over that long period?

Well, it’s done a number of things over the years. First of all, under Louis Johnson’s editorship, I think it offered a funkier alternative to the rather po-faced pieties of Charles Brasch’s Landfall. That’s not to belittle Brasch’s undoubted achievements, but his single-minded pursuit of aesthetic excellence did involve a certain abridgment of the fun factor.

The magazine as I first got to know it, though, midway through Alistair Paterson’s twenty-year incumbency, had some rather different things going for it. Alistair was tireless in coaching and advising and prodding the poets who submitted work to him to think about every possible word and detail in their poems before he would print them. He’d ring you up and quiz you about your work on the phone, and woe betide you if you didn’t have a good reason for everything you’d done.

I feel that I myself owe him a considerable debt not just for those coaching sessions, but for the example he set in taking his editorship of the magazine so seriously. No one would appear in his pages on reputation only. By the same token, no one was excluded who could supply him with good work.

There’ve been many changes of personnel and approach in the seven decades Poetry New Zealand has been appearing here. I don’t think it’s ever forgotten its central goal to reflect rather than dictate the nature of New Zealand poetry, though. We’d like to be seen as more of a mirror than a poetic movement.

3. You must be very conscious of that heritage and legacy as its current editor?

Very much so. In fact, I gave a paper on that very subject, what editing a magazine called Poetry New Zealand ought to entail, at the University of Canberra late last year. After my talk a guy came up to me. He told me that the one thing I’d left out of my piece was fun. He said that the images I’d put up of the first two issues I’d edited did look like fun, but some of the covers of the earlier numbers looked anything but!

He went on to explain that his own day job was working as a clown in hospital wards — trying to cheer up people in the most extreme distress. What he said made immediate sense to me, I must say. I do have a rather peculiar sense of humour, which is constantly getting me in trouble. But I suspect that puncturing the pretensions of the great with humour is one of the things that poetry does best. If there were no laughs in an issue of Poetry New Zealand I’d put together, I think it would be time to give up the job for good.

4. Your featured poet is Elizabeth Morton. What is distinctive about her work?

Liz Morton’s poems have a kind of otherworldly air to them which fascinates me. I love reading them, and featuring her seemed like the best way of getting to see more of them. She’s undoubtedly a writer of great technical talent, but I guess what really attracts me to her work is its uncompromising nature. She goes places other people are afraid to go.

5. The Yearbook's reviews of other volumes of poetry are very comprehensive. Why is this important?

There’s nothing more depressing than pouring your heart and soul into a book or a work of art and then getting no response to it whatsoever. And I have to admit that there’s a strong tendency in New Zealand culture to greet anything too ambitious, or which rocks the boat too much, with dead silence. I don’t feel that’s good enough. Even if our reactions can’t always be entirely positive, I still think that the time and trouble that goes into making even the slimmest volume of poems shouldn’t be ignored. In the course of my own publishing career, I’ve received some amazingly detailed and helpful reviews, from people who’ve really gone out of their way to try to understand exactly what I thought I was up to. I feel very grateful for that. The only real response to such dedication is to try my best to return the favour to others.

6. Tell us about the poetry competition winners announced in this edition.

The three prize-winners have very different attributes, as well as a few things in common:

Hayden Pyke, the third prize-winner is, I suspect, as much at home with song lyrics as he is with poetry. The two are generally mutually exclusive, but he does seem to me to be one of those rare people who can write a poem which would work equally well on the page and as a song. There’s a mordant wit there, alongside a lot of frustrated romanticism.

Devon Webb, who came second with her poem ‘Note to Self,’ has a lot of good advice to impart — and some not so good advice too, I fear. The fact that it’s so hard to tell where one begins and the other ends is (I guess) what appeals to me so strongly in her poem. How tongue-in-cheek is it? I guess we’ll never know, but it’s amusing to speculate about it.

Emma Shi is one of those rare people who appears to have been born with a kind of poetic perfect pitch. Her work is strange, and suggestive, and disturbing. It has a lot to do with illness, and death, as well as the intricacies and perfections of nature. There’s something quite awe-inspiring about her talent.

7. What's going on in poetry in New Zealand right now, do you think?

One thing’s for certain — there’s a lot of it about. Poetry-writing, that is: not necessarily poetry-buying. We used to joke, half ruefully, that if all the people who write poetry in New Zealand bought just one book of it every year, then it would become a growth industry. Seriously, though, I think that some combination of the ease of digital distribution with a general sense of despair about the state of the world has made it seem, all of a sudden, more relevant to people than ever. If you want to attract the attention of the mighty, it’s probably more effective to write a poem than an editorial nowadays.

8. What’s the best time of day for you for editing?

Well, I write first thing in the morning, so I guess that I do most of my editing in the late morning / early afternoon. I have to feel fresh to look at people’s work with attention, but I’m also one of those strange people who quite likes arranging things tidily on a page, and making sure all the commas are in the right place, so that’s something I can happily spend hours on at any time of day.

9. What strategies do you deploy when the going gets tough?

A friend of mine, Grant Duncan, once gave me an excellent piece of advice about editing in general. He said always to be very polite, and to treat people with the utmost respect. Every time I’ve ignored that advice, for whatever reason, I’ve regretted it. It’s good counsel in a worldly sense, but also on a moral level: potential contributors to a publication deserve consideration, not disdain, and I try hard to give that to them. My other strategy is never to send off an important letter or email without sleeping on it. Nine times out of ten a tersely worded missive can be simply deleted next morning with no harm done.

10. What are you reading at the moment?

I’m reading The Moonstone, by Wilkie Collins, which T. S. Eliot called the first, the longest and the best detective novel in English. I’ve always had a taste for Dickens’s novels, but I hadn’t previously read much by his long-time friend and collaborator Wilkie Collins. Now I’ve read four of them in a row, and they really are among the strangest and maddest books I’ve ever read: Armadale in particular, but also No Name and The Woman in White.

I’m also reading the new Norton Critical edition of the Arabian Nights, which is a set text for my new Massey Advanced Fiction Writing course. I have a real passion for the 1001 Nights, and have been collecting as many as possible of its different versions and translations in various languages for more than twenty-five years now. 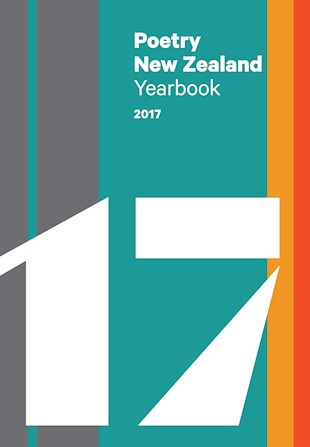