The Writing Life – launch held on 6 November 2018 at Auckland City Library. Speech given by Tessa Duder on behalf of the twelve authors featured in the book

It’s my pleasant task, on behalf of the twelve authors featured in The Writing Life, to thank the writer Deborah, photographer John, and publisher Nicola, for putting together this very handsome and worthwhile book.

Deborah, as interviewer, researcher and writer you are the apocryphal swan, gliding serenely on top, paddling furiously below. Only reading your fine introduction and the interviews, did I become truly aware of the prodigious amount of reading, research, skills, time, energy and stamina that over several years has gone into this publication.

John, as photographer, the same may also be said. The images of both the authors and their workplaces are not just the straight portraits they might have been. Your creative approach involved fore-thought, planning and technical skills, and the results are both insightful and touching.

Nicola, as publisher, thank you and your team for your commitment to the project, to supporting the happy collaboration between writer and photographer, and ensuring the book’s high production values.

Deborah’s very fine introduction explains the genesis of the book and how she arrived at her chosen twelve. As one of them, I found myself thinking of some commonalities.

For instance, most of us began our writing careers relatively late, in our thirties. There were then no creative writing courses or writers’ festivals offering inspiration and practical workshops, no incentives such as awards, and very few available grants. We learnt on the job.

Most of us have had earlier or parallel careers, as teacher, diplomat, academic, journalist, editor, literary agent, literacy ambassador, full-time parenthood. Some have been deeply involved in time-consuming literary politics.

We’re all ‘stayers’, in it for the long haul. Most, in our seventies or beyond, are still publishing — and not just ‘yet another’ novel or book of poetry, but producing works being acknowledged as a major, even ground-breaking, additions to an already distinguished career. Some have been branching out into unfamiliar genre, or writing opera lyrics or serious book reviewing, or writing memoirs.

These observations provide food-for-thought and substantial role models for younger writers, being published both by established houses or, these days, by themselves.

And who, it could be said, often get disproportionate media attention for a debut novel, or edgy poetry, or the heart-breaking family story so beloved by today’s populist and youth-obsessed journalism.

As writers, they often prove to be shooting stars, winning awards and plaudits but flaring only briefly.

Whereas, over careers of thirty, forty, even fifty years, the generation chosen for The Writing Life could be seen as enduring planets, their influence bright and undeniable. Not, I hasten to add, only Deborah’s dozen, but others too of similar vintage, who’ve also made their mark as New Zealand literature from the 1970s became more inclusive, no longer dominated by writers who generally were male and white and quite keen to keep it that way.

Imagine a contemporary literary landscape that had not been enriched by the contributions to national identity of Witi Ihimaera, Patricia Grace and Albert Wendt?

Joy Cowley and David Hill have clearly demonstrated that with passion, versatility, hard work and stamina it is possible to construct a successful career as writers for children, from pre-schoolers to young adults.

Short story writers owe a huge debt to Owen Marshall; likewise the feminist movement from the eighties to Fiona Kidman, and, among younger women, my own Alex books.

The splendid non-fiction now being produced owes much to Philip Temple’s early books on exploration and landscape, and serious ‘literary fiction’ to the works of Vincent O’Sullivan, Chris Else and Marilyn Duckworth.

Deborah, the greatest compliment I can pay you is this: if I was a young writer starting out now, I’d be eagerly devouring this book, enormously grateful to you for the wisdom, the useful information, and the stories of heartache and triumph that go to make up The Writing Life. 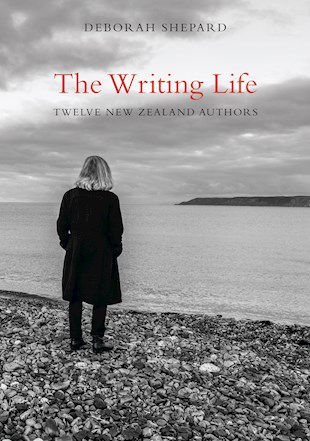