‘At the Table’ by Pita Sharples 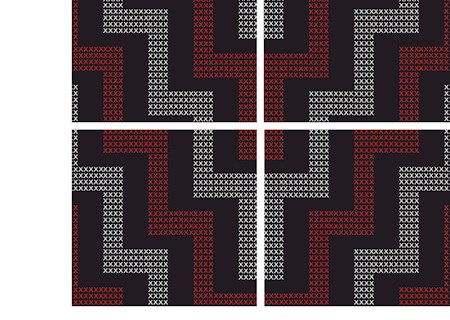 Extract from Conversations About Indigenous Rights, edited by Rawiri Taonui and Selwyn Katene.

At the Table
Pita Sharples, Former Minister of Māori Affairs

In April 2010, the New Zealand government officially supported the UN Declaration on the Rights of Indigenous Peoples, after opposing it for almost three years. I had the privilege as New Zealand’s Minister for Māori Affairs to announce the historic endorsement at the United Nations Permanent Forum on Indigenous Issues, in New York.

While I take the credit for announcing New Zealand’s endorsement of the Declaration to the world, it was really my nephew and right-hand man, Dr Chris Tooley, who did all the preparatory work. Chris did his PhD on self-determination across Western civilisation at Cambridge University and then did his fieldwork in North Africa and with the governments of the Middle East. He came back home to New Zealand empowered and full of enthusiasm to work for me in Parliament as my chief ministerial adviser.

My job as a minister of the Crown was to akiaki (encourage) my fellow ministers to change New Zealand’s opposition to the Declaration. I was advised to write something that allows us to say we support it. That job went to Dr Tooley. I don’t know how many editions Chris wrote, but I would trot it out to my colleagues as if it was mine.

Finally, we got the word: ‘Yes it’s okay, but don’t tell anyone.’ They thought that the headline ‘Māori Affairs Minister Pita Sharples has flown secretly to New York’ sounded good.

My moment came during a speech to the UN Permanent Forum on Indigenous Issues. I announced that New Zealand was ending its three-year opposition and that it now officially supported the Declaration. By so doing we restored the mana and moral authority of Māori to speak in international forums on justice, rights and peace matters.

The New Zealand Herald’s John Armstrong wrote at the time: ‘National has bowed to Māori Party wishes and agreed to support the highly contentious UN Declaration on the Rights of Indigenous Peoples despite the previous Labour government issuing dire warnings that the document is fundamentally incompatible with New Zealand’s constitutional and legal systems.’

What we did was to successfully convince the ministers that the Declaration and our constitutional and legal systems can live together, and that the key principle is about working together to restore Māori rights that were taken away in the process of being colonised.

One could talk all day about the rights and wrongs of all that. Many people made submissions to the government, and wrote letters to ministers and provided feature articles in newspapers. I’d like to recognise them; in particular, those in New Zealand who were particularly active in advocating for our rights who have passed away. It is sad that they had gone before we managed to progress matters and show the value of the Declaration to New Zealand, whether in government, non-governmental organisations, the public service, the private sector and so on. A classic example is in relation to the WAI 262 claim on flora and fauna, where the claimants and witnesses who made great submissions are gone and the work they started remains unfinished.

How do we turn this Declaration into a programme of action? That is, how do we give it legs so that this UN document can be fully implemented here in New Zealand?

I’m lucky because I was born during World War II. I’m lucky because I saw what the war did to us, and grew up watching what happened to those who came back. I caught the tail end of the terrible poverty that was New Zealand’s at that time, when we had swaggies — transient temporary worker, who travelled by foot from farm to farm, carrying their swags or bedrolls.

From time to time, two or three swaggies would come to our shack, knock on the door and my mother would welcome them in and make them a cup of tea and give them a scone. I said to her one day, ‘Why do you do that?’ She replied, ‘Well, because he’s hungry.’ And I said, ‘Well, you gave that other man something, too’, and she said, ‘ It’s the least we can do, because they’re looking for work, have no home and they just want a cup of tea and some bread.’

That’s when I realised just how lucky we were. We had a roof over our heads, even though the roof leaked. There was no electricity and we got our water out of a well. But even though I knew poverty, too, I was luckier than the swaggies. This was also a time when everyone in our community thought about, and cared for, each other the best they could.

Later, I started to think about the devastation of our language and the effects of colonisation. I wanted to learn Māori, but our parents didn’t speak to us in Māori. They spoke to each other in Māori. But for us kids, it was ‘get inside’ or ‘go and do your mahi’ (chores). That was the limit — their English wasn’t that good either — and so we learned two kinds of English: one at school, and one at home with our parents and family. But we did not learn Māori.

I attended Te Aute College, which was not too far from home. I went there because I was picked for a Boy Scout jamboree in London. My father said, ‘I’m not paying for you to go over there; I’ll give you the money to go to Te Aute College.’ I was already three years into high school, and I said, ‘I’ll go to Te Aute, never mind the jamboree.’

We learned Māori songs, and we became experts at haka and the fighting arts. That wasn’t too strenuous. But in terms of actual reo, Te Aute was a real bone-shaker for me. I had to learn te reo in the middle of the night, passing on my dinner, those sorts of things, to catch up with everyone else. But nobody growled at you if you made a mistake.

Then one day I got in trouble at school, and the principal said to me, ‘Sharples, you know you’ve been doing all right at school, but this is bad.’ He said, ‘I don’t know whether to promote you to be a prefect or to expel you.’ I said, ‘Prefect, sir’ — and so I became a prefect. But once you were a prefect, you had to speak Māori because you had to read out everyone’s black marks and credit marks and the jobs, all in Māori. At Te Aute every Wednesday was a compulsory kōrero Māori day. I had to do a lot of homework in the back of the room, and practise being a good prefect so I didn’t stumble through my duties. But that was the beginning of me learning and speaking Māori.

Why? Because my mother was smacked by her Pākehā teachers for speaking Māori when she was at school. She was punished physically for speaking her own native tongue, in her own land, along with other Māori kids her age. That’s why she never spoke Māori to us. And here I was at Te Aute being encouraged to speak Māori, yet struggling through it, trying my hardest to speak the language of my people.

When I eventually got familiar enough with Māori to speak it with confidence, I’d go home and speak Māori. Still my mother did not answer me in Māori. Then one day, when I was at Te Aute, the mail came and I recognised my mother’s handwriting on the envelope. I opened the letter and broke down and cried. The letter was in her writing, and it was all in Māori. My mother had broken the shackles of colonisation and had said, ‘I’m joining my son, I’m speaking my own language.’

It was a moment of realisation for her that what had happened to her was wrong, and that she need not be a prisoner of colonisation. That was a really major turning point in her life, and a lesson to me of the importance of our language and culture for present and future generations.

But we have done nothing about regaining our language. We tolerate mispronunciation of Māori words. We allow words to be mangled. For example, I’ve never met any ‘Henaray’, not lately. The people I know are all ‘Henare’. Who the hell is Henaray? We tolerate it, but it’s got to stop.

It is up to our young people. We have to teach our children to speak the language, which is why we set up kōhanga mō te reo. It took off because we knew it is of little value just having adult Māori listeners. It doesn’t work. We can save our language if we start with the little ones and bring them through. And the little ones are coming through, but not enough! Have we done justice to kōhanga reo? No, we have not, and we’ve got to do better. There is no other way.

When I was minister I held two language summits. Two experts, one from overseas and one from Auckland, told us about the health of Māori language. One said, it’s on life support; the other said, it’s on its way out.

We said we have kōhanga reo, and they said it’s great, but it’s so small compared with what is crunching down on top of it. Until you take the iwi with you, nothing’s going to change. Because you’ll always hear ‘Henaray’, and other mispronunciations. Government ministers accept that. In fact, they talk like that! Too many Māori talk like that.

We have to do something about that, or we are in danger of losing our language. No matter how many checks and balances you have, or how good your kōhanga reo is, the only way New Zealand can adopt the language is by each and every one of us doing our bit and creating movements that can do this.

There it is in front of us, as far as the language is concerned, the opportunity. Otherwise what’s the use of the UN Declaration on the Rights of Indigenous Peoples? This is what it’s about, the protection of our language, our culture. They killed it when they killed our culture, and forced the Pākehā language on us, and we joined them. But now it is time to break away and say enough is enough. Why do they teach compulsory Māori at Auckland Grammar for the third quarter? Why do pupils at King’s College all do some Māori? Why at Christ’s College? These bastions of Pākehā realise what’s got to happen to save their country’s native language. We don’t. We don’t take it seriously like that. I congratulate them big time, because they have stepped up. We have to think about how: only by us demanding it, of the government and of ourselves. We have to unite so we can change the thinking. Otherwise, we are going to lose our language altogether. 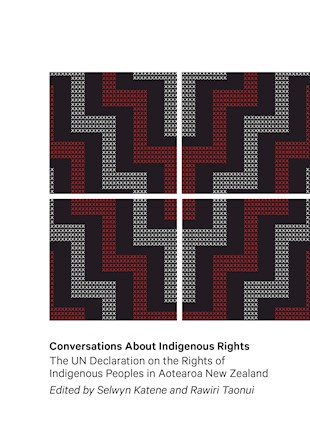