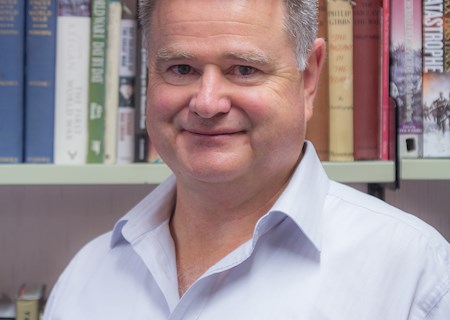 Q1: Four years ago you published the very successful Johnny Enzed, the story of the New Zealand soldiers who signed up with the New Zealand Expeditionary Force and served at Gallipoli and on the Western Front. At that time did you have an inkling that there was another sort of soldier, one who fought for the Empire under other flags?

Yes I did know that other New Zealand soldiers had served in the First World War with other countries’ forces. In my research for Johnny Enzed and other publications, I noted that New Zealand soldiers had commented on seeing friends / people they knew serving in the British Army or with the Australians. What I didn’t know was just how New Zealanders did this nor their reasons for doing so.

Q2: When did you start to seriously become interested in finding out who they were, and how many of them there were?

Writing Johnny Enzed sparked my interest, and the Governance Group of the Centenary History Programme decided that it was a topic worth investigating. I learned that the numbers were several thousand and so worthy of a volume of the Centenary history. There was no money available to fund an additional author so I agreed to take it on.

Q3: And there were a great many, weren’t there? Indeed, you have turned up some significant new data. Tell us about that.

When I started the research, I had no idea of the number of New Zealanders involved. Initially, I thought around 5000 and that I could cover their story in around 60,000 words. With Christine Clement’s and Rebecca Johns’ assistance, the numbers kept growing. There are some very unusual places where New Zealanders served and some really interesting stories. Some New Zealanders also played amazing roles. We’re now looking at approximately 12,000 New Zealanders who served with other nations. There were 1400 killed in action or died of wounds. This is a staggering number. And we probably don't know them all.

Q4: What might the ramifications of these findings be?

The ramifications of this are important. The history of New Zealand in the First World War needs to include these people and it makes New Zealand’s substantial war effort / sacrifice even greater. The numbers for New Zealand’s involvement need to be revised.

Q5: How challenging was it tracking down all these New Zealanders and what did that entail?

It was challenging tracking down all the numbers. Numbers varied in all the sources used. This is why I asked Christine Clement to join the project. She is a genealogist who has developed a very detailed database on New Zealand and the First World War. Rebecca Johns was very involved in the research and updating of the database.

Q6: Many of those who served outside of the New Zealand ranks were women, mostly nurses and some doctors. Can you give us one standout example of service by a woman?

A surprising fact was the number of women who served in other forces. All did amazing work. Some standouts are: Beatrice Maunder from the Rangitikei, who ran several Belgian war hospitals, and Pixie Laing, who danced in the Folies Bergère and was also a member of the Volunteer Aid Detachment (nurse aid) and an ambulance driver.

Q7: The roll of honour at the back of the book is impressive, and very comprehensive. How was that compiled?

The Roll of Honour is quite detailed. It was compiled from Christine Clement’s database and updated by Rebecca Johns. I found a number missing and had them added. I also checked all those who were Killed in Action, Missing in Action and Died of Wounds featured in this book to ensure they were included in the Roll of Honour. As part of the research, we also compiled a list of those who served in other countries’ forces. There are at least 12,000. The list will be available online as part of the Auckland War Memorial Museum Cenotaph. It will be able to be updated. All in all it was huge job and consumed a lot of time.

Q8: There is good balance in the book. You’ve included some real scoundrels alongside the heroes. But let’s concentrate on the latter Can you tell us one truly heroic story.

All who served are heroes in their own way. However, quite a few stand out. James Waddell, hero of the French Foreign Legion, springs to mind. He was awarded the Croix de Guerre eight times but the general of the New Zealand Division couldn't find a place for him. I would add, too, that it has given me much pleasure to point out to my Australian colleagues that the most decorated soldier of the Australian Imperial Force (AIF) on Gallipoli was actually the New Zealander Captain Alfred Shout. Described as ‘one of Anzacs’ most legendary and popular characters’, Shout hailed from Wellington and had served with a New Zealand contingent in the South African War but had moved to Sydney in 1907.

Q9: The Australians have taken credit for the actions of a few outstanding New Zealanders who served with the Australian Imperial Force. Who were they?

Four New Zealand-born AIF soldiers were awarded the Victoria Cross during the First World War. They are Alfred Shout, Thomas Cooke, Percy Storkey and Lawrence Weathers. In addition, a New Zealander proved to be one of the best artillery officers in the AIF while another is claimed as an influential war artist. The reverse is true, of course, in that some New Zealanders in the AIF were terrible soldiers. New Zealanders hold the record for the number of enlistments after being kicked out (eight times) and for being court martialled (five times for 14 different offences).

Q10: Have you got a military history book by your bedside table. What is it?

I have just finished Max Hastings’ history of the Vietnam War. It was a monumental effort and, like all of Hastings’ books, a compelling read. I have now started reading a manuscript about the home front which will be part of the Centenary History Programme. After that ... there is always something interesting to read. 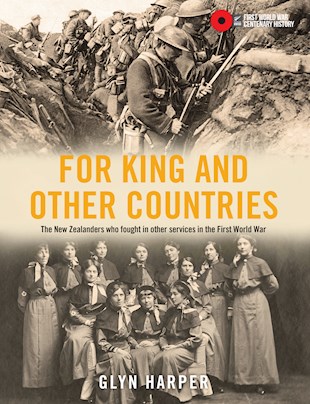 For King and Other Countries