Read an excerpt from High Wire 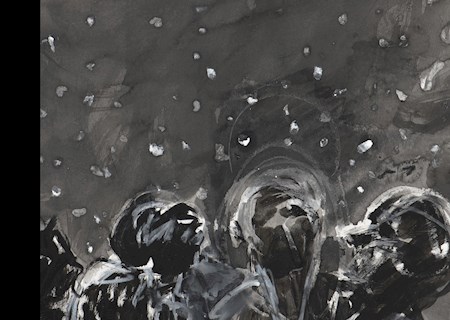 I’d written to Euan Macleod proposing a project about bridges. He replied enthusiastically — and, over the coming months, sketches and drawings of bridges tumbled freely out of him. I began to think of a single life consisting of many bridges crossed, then re-crossed, one after another — of departures and arrivals, ascents and as many descents until at last we’re alone hoisted high above the ordinary and mundane, and we’ve left behind all that which anchors us in time and place.

But soon the heady ideas I had about bridges began to collapse. Where I had been, others had. The commonality of experience breathed its deflating air. As exhilarating as it had been to walk across Golden Gate Bridge or to soar above Sydney Harbour or to flit across the modest rainbow from childhood, my footsteps fitted neatly into others’; my beating heart fell in with theirs.

I was not where I thought I was. I was not alone. The art I looked for was not there.

Then I discovered Philippe Petit — the most daring tightroper the world has ever known. A real artist able to place his feet in a space where no one else had. Seeing a path where no one else had. And then dismantling, and tidying up after, to ensure the endeavour would not grow old inside a frame but live on through the re-telling of those who were there and saw it happen. He is an elfin twenty-four-year-old dressed in black samurai pants and a tight black v-neck vest that morning, in 1974, when he steps onto a wire linking the twin towers of the World Trade Center.

For the next forty-five minutes he walks up and down the wire; he bounces on it, he lies down on it, places his balancing pole across his chest to turn himself into a human crucifix. He dances with death. He taunts it. He flaunts our gravest fears. He perches where we would never place ourselves. And like all great artists he is totally detached from what his audience feels.

There is a photo of him lying on the wire as a Boeing flies across the slot of sky above. Decades later, that same slot of clear sky will be muddied by the two hijacked planes. The same hard glinting towers before the fire-lit apparition of a plane bursts through one, then the other.

Ten years after Petit’s daring feat, I visited one of the towers. I’m not great with heights — and I was reminded of this as I nervously approached a window on the top floor, or perhaps I should say the summit, and looked down on a small plane that promptly disappeared into low cloud.

Suddenly I knew to a spine-chilling degree how high up he’d been. What courage. To trust himself, to trust the wire. To take that first step. To see a bridge where no one else had.

As a child, to get to the swimming pool I had to cross the railway tracks. A bridge conveyed me to that chlorinated heaven. First, the gentle ascent to where, briefly, I hovered high above the train tracks and the suburban rooftops. A bridge is an adult form, and so I felt part of an adult endeavour and, however briefly, enjoyed a confidence inspired by the genius who found a way for the road and footpath to throw me up in the air before gathering me safely on the other side. 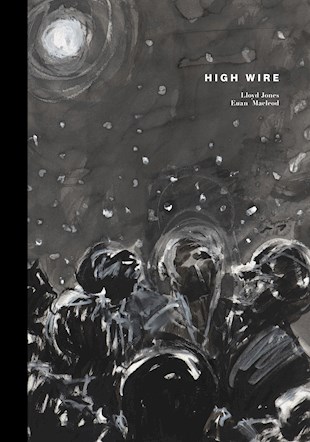