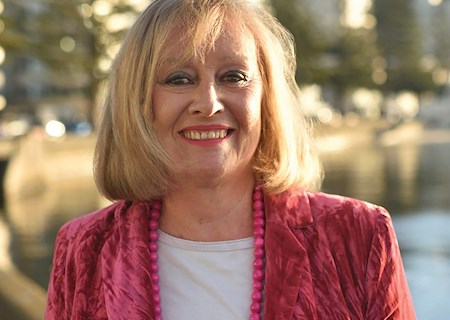 Q1: You’ve had books published before, of course, and so this one is not a new experience but is there something that sets it apart from the others?

This book is very different from my previous books because it’s far more personal, and I expose deeply personal issues such as an attempted rape when I was 23 and my early struggles with motherhood. In this memoir, I look at my life from a feminist perspective and examine the ups and downs, and the mistakes and achievements of a young woman who became a passionate women’s liberationist at age 23; determined to live life on her own terms, rather than those of a man, and to forge her own identity and place in the world.

Q2: Who did you write the book for?

I wrote it primarily for women, and especially young women, as I have discovered that many young women know little or nothing about the history of feminism in New Zealand, other than the fact that we were the first women in the world to get to vote.

All New Zealand women have benefited from the past half-century of feminist activism, whether they identify as feminists or not, so I think all women should be aware of the rich and vibrant history of feminism and the far-reaching changes and positive improvements it has brought to all of our lives.

I also hope men will read the book. Men have tended to assume that feminism has nothing to do with them when the reality is that men’s and women’s lives are so intertwined, and men have been deeply affected by the changes in women’s lives brought about by feminism.

I hope it will inspire women, especially young women, to embrace feminism and become active in the ongoing campaign for gender equality; in bringing an end to the still widespread sexism and violence against women and in ensuring that every woman in New Zealand is able to enjoy equal opportunities, pursue their dreams and operate on an equal footing with men.

Q4: What is your view of the new generation of young feminists?

I am inspired by many of the young women who are active in the women’s movement today. They are reinventing feminism for themselves and becoming active in quite a different way to the women’s liberation movement of the 1970s. They are digitally driven and inclusive and readily acknowledge that race, class, sexuality, disability and age are all part of the feminist equation. But I am a bit concerned that a new strand of intolerance may be creeping into the movement — a tendency to castigate women over their feminist credentials, for example. I don’t want to see feminism fall apart over ideological arguments and feminist ‘trashing,’ as happened in the eighties. In my view, feminism will only survive if it is tolerant and non-judgemental, and if women are able to question, experiment, kick ideas around and reinvent feminism over and over.

Q5: Back in the 1970s, you were angry determined, and brave. Is there still fire in your belly over women’s rights and women’s place in society?

I remain as passionate about feminism and equality for women today as I was when I was 23 years old. In fact, I am even more convinced today that if we want to save the planet, and the future of the human race, we need women at the helm, and at the table wherever important decisions are being made.

I also happen to believe it’s high time men embraced gender equality and questioned outdated stereotypes of masculinity, just as women have been doing for the past century. For while women’s lives have changed radically over the past half-century, as a result of feminism, not a lot has changed in men’s lives, which are not very different from their fathers’ and grandfathers’. So it’s time men took a lead in helping to bring about gender equality; in encouraging men to grow and change — creating a culture where male violence is no longer tolerated.

Q6: Post-feminist notions would have it that things have changed and these days all is good for women?

There have been enormous gains for women over the past half-century, and women are better off today than at any other time in history. But true equality remains elusive. Violence against women is still at epidemic levels and the internet has created new spaces for men to express their violence. Women still languish in low-paid jobs, and do the bulk of childcare and work in the home. There is as yet no nation on earth where gender equality is the norm and UN Women is warning that we may have reached an ‘inequality plateau,’ and may be losing many of the gains we have made as a result of Covid-19 and the male backlash against feminist resurgence.

Q7: Why is there still a backlash against feminism?

There are still groups of men who fear and resent feminism and assume that women’s gains can only come at men’s expense. They fear that equality for women will disadvantage men and they will end up losing their power, privileges and male entitlements. Groups of misogynistic men who hold these attitudes are active on the internet, in the so-called ‘manosphere’. They vent their hatred of women and rape fantasies openly in social media groups and chatrooms. This is a very concerning development, especially as they openly target young men and encourage them to see women as the enemy.

Q8 Why has it been so hard to effect change?

When we set up women’s liberation all those years ago, we didn’t realise how difficult it would be to change deep-seated attitudes and behaviours that are a residue of 6000 years of patriarchy, and a patriarchal mindset that is almost embedded in our cultural DNA. We naively imagined that once we had pointed out the fundamental inequality between the sexes, and presented our manifesto for change, the battle would be almost won. But while there is no longer discrimination against women, attitudes have proven much more difficult to change.

Q9 What are some of the lessons you have learned from fifty years of feminist activism.

I’ve learned that it takes generations to bring about social change, especially when you’re trying to change deep-seated attitudes and behaviours that are the residue of thousands of years of patriarchy. And it’s a long, hard slog; bursts of social activism and progress are often accompanied by periods of stagnation and even backlash. Also, significant change will only come about through collective effort and large-scale social activism. After all, it was only when women got together and began to campaign for women’s equality, and feminism was born, that women began to emerge from their centuries-old subjugation to men.

Q10: What books are on your bedside table?

I’ve just finished reading the latest book by one of my favourite feminist authors — Caitlin Moran’s, More than a Woman (Ebury Press). It’s humorous, biting and very relevant. And I am halfway through a new biography of Gloria Steinem — Ms Gloria Steinem: A Life by Winifred Conkling (Feiwel and Friends, New York). I know a lot about Gloria Steinem, but I am still finding this book, and the perspective it gives on her 85-year life, fascinating.

I also have Peter Wohlleben’s new book, The Hidden Life of Trees: What they feel and how they communicate (Black Inc, Australia) on my table. I have always loved trees and am intrigued by his claim that the forest is a social network and that trees are like human families, with tree parents living together with their children, communicating with them and supporting them as they grow. 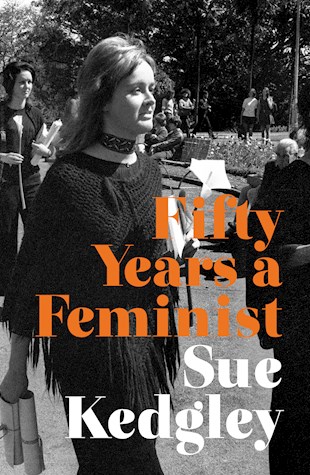